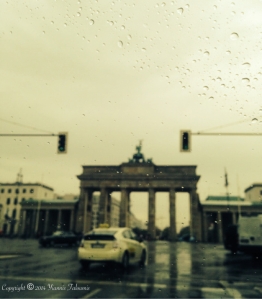 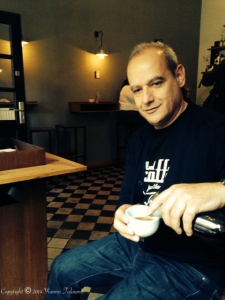 Coffee is not just a beverage. Everything begins with a plant, the cultivation of which depends on many factors so that this beverage can be special. One of the major factors is the variety along with the terroir.

A really special variety of coffee is Gesha. Particularly in case of Arabica grown in Panama highlands, there is a unique complexity. Ninety Plus is a producer from Panama, that has succeeded in giving different profiles in Gesha variety. They cultivate coffee in area Volcan, in Panama, each and every one claims its sui generis character that cannot be compared to other Gesha varieties. The next important factor is processing, which can be natural, washed, honey, or hybrid, with various characteristics. 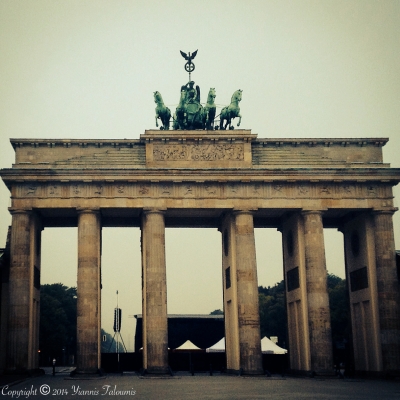 Our team and me visited Berlin -in the first picture I sit at Chapter One Coffee shop. We organised an event so that the local coffee geek community would have the opportunity to get to know “Natural Perci Red” and “Washed Narkissus”, two of the coffees we import.  The coffee was roasted skillfully at Taf Roastery in Athens, by my brother Ilias two days before its presentation.
Roast is the next important parameter. 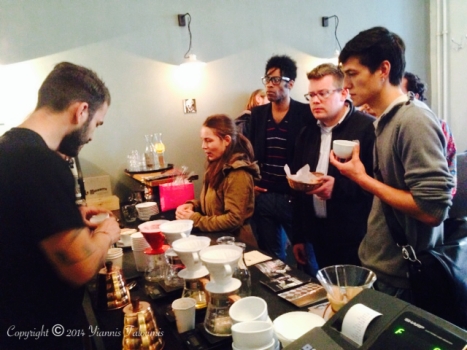 Last but not least, “the making” is of course really significant. In the event the baristi that have prepared the beverages areinternationally awarded. Stefanos is this year’s World Champion in Brewers Cup, Nora Smahelova, owner of the cafe and among other things a member of the World Barista Jury and Chris, 3rd in World Barista Champion of 2014 and primar World Latte Art Champion. Their job is to put in the cup all those exclusive characteristics coffee has gain up to now – aromas, its taste and flavor formed during the cultivation, the processing of the mature cherries,  also affected by the roast profile.
The utensils fthey used were Hario V60. The recipe for the brew is 15 gr.
of freshly ground coffee in 250 ml of water, in about 92 – 96 Celsius degrees. 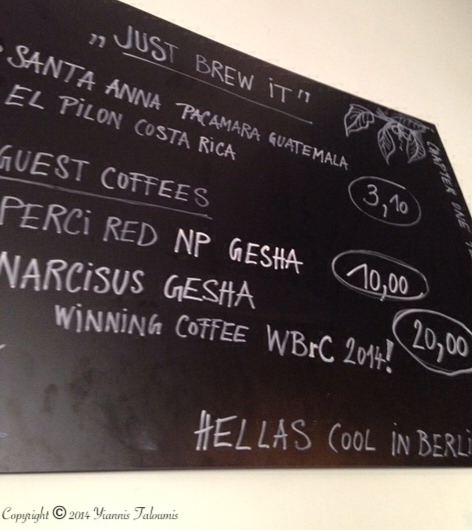 The right (and fair) price for those amazing coffees was 10,00€ for Perci and 20,00€ for Narkissus, per cup.
We sold more that 50 Narkissus cups in brew that day.

One thought on “Gesha in Berlin”